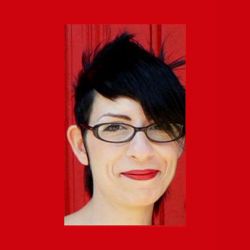 I am a Medical Doctor and I hold a Ph.D. in Biophysics. I use electrophysiology techniques to study neuronal electrical activity in health and disease, both at the single neuron and at the neuronal network level. I have a strong background in epilepsy research and a keen interest in neural engineering.

My long-term vision is the realization of intelligent bio-hybrid brain repair strategies that are tailored to the individual scale.

I graduated in Medicine and Surgery summa cum laude at Sapienza University of Rome, Italy, in 2004, with a Thesis on the effect of low-frequency periodic pacing on limbic epileptiform activity in an in vitro model of acute ictogenesis. By identifying the optimal parameters (site, frequency) of electrical stimulation to arrest ictal activity in vitro, my work advanced the knowledge for the development of deep-brain stimulating devices to treat temporal lobe epilepsy. Most of the experimental work was performed in collaboration with the Dept. of Human Physiology of Tor Vergata University of Rome, Italy. You may find the published work here.

In 2005 I received the Italian qualification as a General Medical Practitioner.

In 2009 I have obtained the Ph.D. in Biophysics from Sapienza University of Rome, Italy. My Thesis focused on the effect of mu-opioid receptor on epileptiform synchronization in the anterior cingulate cortex. Most of the experimental work was performed at the Montreal Neurological Institute, McGill University, Canada. You may find my Thesis here and the published work here.

From 2009 to 2012 I spent a 3-year post-doctoral training at the Montreal Neurological Institute, McGill University, Canada, where I worked on two main research lines within the wider context of temporal lobe epilepsy research:

From 2013 to 2015 I have spent a 2-year post-doctoral training in the Theoretical Neurobiology & Neuroengineering Group at the Dept of Biomedical Sciences, University of Antwerp, Belgium, where I have furthered my study of computational and engineering approaches applied to the Neurosciences.

Throughout these years, I have also gained a significant Academic teaching experience, which helped me improve my skills in communicating Science with simple words and make it easily understandable by people from different backgrounds.

Within Re.B.Us I will merge my medical background together with the acquired expertise in electrophysiology and neural engineering, while integrating my past collaborations towards a consolidated new research line in the currently underrepresented field of cutting-edge neurotechnologies for brain repair.

Re.B.Us is a two-year project funded by the under the

Disclaimer - The contents of this publication are the sole responsibility of Gabriella Panuccio and can in no way be taken to reflect the views of the European Union.